The Chimney Sweeper by William Blake 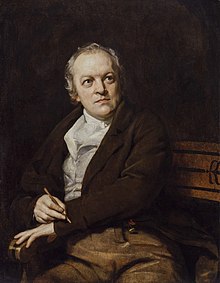 Let´s read the poem and analyse it in deep!!

When my mother died I was very young,

And my father sold me while yet my tongue

So your chimneys I sweep & in soot I sleep.

There’s little Tom Dacre, who cried when his head

That curled like a lamb’s back, was shaved, so I said,

“Hush, Tom! never mind it, for when your head’s bare,

You know that the soot cannot spoil your white hair.”

And so he was quiet, & that very night,

As Tom was a-sleeping he had such a sight!

Were all of them locked up in coffins of black;

And by came an Angel who had a bright key,

And he opened the coffins & set them all free;

Then down a green plain, leaping, laughing they run,

And wash in a river and shine in the Sun.

Then naked & white, all their bags left behind,

They rise upon clouds, and sport in the wind.

And the Angel told Tom, if he’d be a good boy,

He’d have God for his father & never want joy.

And so Tom awoke; and we rose in the dark

And got with our bags & our brushes to work.

Though the morning was cold, Tom was happy & warm;

So if all do their duty, they need not fear harm.

Then, read THE CHIMNEY SWEEPER from Songs of Experience

A little black thing among the snow,

“Where are thy father and mother? say?”

“They are both gone up to the church to pray.

Because I was happy upon the heath,

And smil’d among the winter’s snow,

They clothed me in the clothes of death,

And taught me to sing the notes of woe.

And because I am happy and dance and sing,

They think they have done me no injury,

And are gone to praise God and his Priest and King,

Who make up a heaven of our misery.”

Comparing and Contrasting the two poems by William Blake

-Do the same as we did with the previous poem. This webpage will help you.

-What are the differences between the 2 poems?

-Why do they appear in different books?

-Which one do you prefer and why?

This entry was posted in Literature and tagged blake, industrial revolution, poetry. Bookmark the permalink.

16 Responses to The Chimney Sweeper by William Blake